At the Airport in Japan

The five major ports of entry into Japan by air are Chubu, Narita, Kansai, Tokyo, and Osaka. 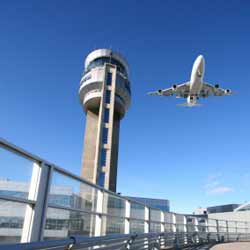 All of these airports have money-changing kiosks; nevertheless, you should be sure to exchange a few dollars for yen prior to your departure.

Japanese law requires visitors to show an onward ticket upon entering Japan. Many people choose to fly to Tokyo or Osaka on an open-ended, round-trip ticket. Unfortunately, if you decide to extend your stay beyond a year, the return portion of your ticket is voided.

A common solution to this dilemma is buying a one-way ticket from the United States to Hong Kong and a round-trip ticket from Hong Kong to Tokyo. The return ticket to Hong Kong serves as the required onward ticket out of Japan, and if you decide to stay in Asia for more than a year you won’t have to waste a return ticket to the United States. Inexpensive plane tickets back to the States are available in Hong Kong, and you can always choose a more exotic route, such as via the Trans-Siberian Railroad to Europe.

Japanese immigration officials typically ask foreigners their reason for coming to Japan. You should say that you are traveling unless you have a work visa in hand.

Customs officials may request your onward ticket with a departure date from Japan within ninety days. We strongly recommend having one, but if you don’t, show lots of traveler’s checks and explain that you will also be traveling in Taiwan, Hong Kong, South Korea, or another Asian country, and haven’t yet purchased an onward ticket.

Many are located near the baggage terminal in booths where you would find car rental desks at a Western airport. Assuming they are given the correct address, takkyubin generally deliver bags on the following day.

Upon arrival, make sure to have a clear sense of where you are going and then send your luggage to that destination. One English teacher attempted to save money by carrying his bags into town on a frigid February night in Tokyo. Here’s his story:

“Carrying one large suitcase, a suit bag, a guitar, and a carry-on briefcase through a maze of escalators, stairways, transfer buses, trains, and commuter buses, I had to stop every hundred meters and put down my bags to rest. I felt like a fool. . . .

“. . . I was numb with exhaustion, but luckily I was kanji-literate enough to make my way to my final stop. I could have saved myself and my overburdened bones a lot of stress and strain by shipping my luggage from Narita to my destination in Tokyo, and definitely should have.”