Japan has plenty of its own highly skilled professionals and the government doesn’t look kindly on foreigners seeking jobs that its citizens could do equally well. 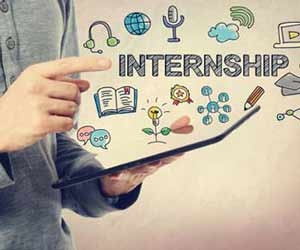 Obtaining a work visa is much easier if your stated aim is to teach English than if you are seeking work at Mitsubishi. On the other hand, once you’re established in Japan, you’ll make connections that may lead to jobs doing any number of things.

Japan is a major trading nation and its citizens are captivated by things Western, so a wide variety of entry-level work is available to competent Westerners. North Americans in Japan consider positions as writers, editors, proofreaders, models, movie extras, and “hostesses” a change of pace from teaching and class preparation. Earnings also can be quite lucrative. They are described in more detail below.

Several American companies have divisions in Japan and generally hire professional level employees. A good place to start your research is the American Chamber of Commerce of Japan.

Hostessing typically involves making small talk with Japanese businessmen at exclusive, male-only clubs. Women we know say that hostessing is almost always boring. They also complained that the patrons, when drunk, really aren’t interested in talking, even if they could.

Like any job that caters to an intoxicated clientele, you must be cautious and check out an establishment prior to working there. Definitely avoid yakuza- (Japanese Mafia) owned bars and clubs. In Tokyo you should probably stay away from no-holds-barred areas like Shinjuku and stick to higher-class districts such as Ginza or Yurakucho when looking for a job. Try to talk to a couple of the hostesses working there before signing a contract. If possible, try to have a Japanese friend find out about the establishment’s reputation.

As more Japanese women enter the work force, it’s also becoming increasingly popular for American males to work as hosts. This is especially true in the larger cities.

Japanese advertisers like to use Western models – preferably blonde, blue-eyed females. If you fit this description, you may want to make the rounds at a few agencies. Modeling jobs are difficult to get, but the payoff can be enormous.

Westerners are also often sought as movie extras. If you can act and can speak Japanese, you may even become a soap opera or movie star.

Many Japanese corporations and businesses need the help of literate English speakers for writing, editing, and proofreading. They usually fill these positions by hiring teachers from the more reputable English schools.

Some positions favor a technical background. For instance, a degree in literature may not be considered particularly helpful for editing websites and user manuals.

AIESEC (French acronym for The International Association of Students in Economics and Commerce) is a worldwide association that offers short- and long-term internships abroad for students at universities and colleges with AIESEC chapters. Internships are mainly for students studying economics, business, marketing, and computer science. For more information, contact:

Under the Cultural Vistas umbrella, IAESTE (The International Association for the Exchange of Students for Technical Experience) offers three- to twelve-month placements and summer opportunities for juniors, seniors, and graduate students from accredited colleges. Opportunities are mainly for students studying engineering, architecture, mathematics, computers, and other sciences. For more information, contact:

PIA provides recent college graduates with fellowship and internship opportunities in many Asian countries. Approximately 160 positions are available annually, and internships are for one or two years. Most positions involve teaching English and applicants are expected to have experience teaching English as a second language. A limited number of positions in other fields are also available. Applicants are required to pay for their own way to Princeton for an interview as well as travel costs to Asia if they are offered a position.