Japan first had Western contact in the seventeenth century, when the Portuguese and other European missionaries arrived. The Tokugawa Shogunate, the government at that time, believed that the minds of Japanese citizens were being corrupted by the foreign ideas brought by these Europeans, and responded by closing Japanese borders to Western influence. This period of isolation lasted for almost two and a half centuries.

By the middle of the nineteenth century, Europeans were traveling the globe. Commerce, trade, and military power had advanced significantly from the time that Japan closed its borders. In 1853, the United States sent a fleet of ships to Japan demanding that the country reopen its borders for trade and for resupplying U.S. ships. 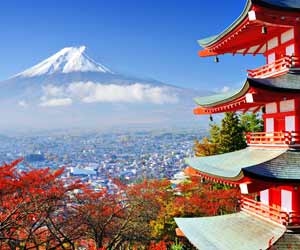 After much disagreement and political upheaval, an agreement was signed in which Japan would once again trade freely with the world.

An era of “internationalization” followed and became known as the Meiji Restoration (1868). Western knowledge and technology were imported and eagerly studied, and to facilitate the process the capital was moved to Tokyo. The Japanese took scientific knowledge and improved upon it. The English language became the crucial tool needed to understand and learn these new ideas.

Since the Meiji Restoration, Japan has had a history rife with conflicts. The largest and most significant was the defeat in World War II. The United States moved into Japan with the American Occupation that lasted until 1952. Sweeping changes in government, economy, and education were made by the Americans under General Douglas MacArthur. English-language instruction became mandatory in classrooms throughout Japan.

From the time of the American occupation until now, we have seen Japan become an enormous economic power. In order to compete in international markets, a practical knowledge of the English language is essential. Today, many companies hire English speakers to teach their employees who will be working abroad. You’ll learn about AEON Corporation of Japan for instance and also the JET Programme. Many schools hire foreign teachers to give their students a more authentic English education. People of all ages in Japan feel that they must know English in order to have a successful international career.