Many schools and companies pay your deposit and key money (an additional security deposit) as a perk. Others provide their teachers with small, private dorm-apartments. In more remote areas, where they tend to have a harder time recruiting school teachers, it is not unheard of for teachers to be provided with quite large apartments (by Tokyo standards), and sometimes even cars, for the duration of their stay. 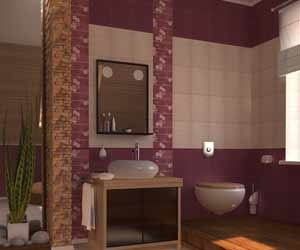 Although finding and renting an apartment in Japan is difficult, most people who plan to stay for more than a couple of months do so. Don’t rent an apartment until you are happily settled into a teaching routine, because if you decide to take a new job across town at a later point, the worst part of the change will likely be finding a new residence and possibly losing your deposit.

Apartment rents in Japan are high and move-in costs are astronomical. For instance, in addition to the first month’s rent and two-month security deposit, you will be charged “key money .” Using an agent to find a place (most people do) will cost another month’s rent. Be prepared to pay as follows:

Assuming that you stay for the duration of your lease (usually a year) and that the apartment needs no repairs when you leave, the two-month security deposit will be refunded; the rest of these fees will not.

When renting an apartment, either hire an agent to find a place or bring a Japanese-speaking friend to act as interpreter. Better yet, try to enlist the help of your school in finding accommodations.

Other teachers may be leaving apartments and replacing one of them will not only provide a landlord who is tolerant of foreigners, but may also help you to avoid a finder’s fee.

Although Western-style apartments do exist in Japan, the least expensive accommodations are Japanese-style. Here are some differences that take some getting used to.

Japanese apartments are small. The space is measured not in feet, but rather by the number of tatami mats that fill the space. One tatami mat is roughly six by three feet, and most rooms are usually not larger than five tatami. Remember that shoes are forbidden whether there are tatami or not, so get in the habit of leaving your shoes by the door when you enter.

Distance from the Office

In large cities, rents increase as you near the city center. There are many commuters who travel over two hours each way from the suburbs in order to cut living expenses. This is a bit extreme for a teacher who only intends to stay a year, but do expect to commute over thirty minutes each way.

Central heating is not common in Japan. In most apartments, you’ll find a space heater and a kotatsu. A kotatsu is a table covered by a quilt with a heater underneath that keeps the enclosed area warm. The kotatsu is usually placed in the center of the apartment living room so that people can sit around it with their feet placed underneath to keep warm.

Most Japanese-style apartments have separate rooms for bath and toilet. The bath is called an ofuro. It is much higher than an American bathtub, so that when you sit in it, the water comes up to your neck. It’s a great way to keep warm and relax. For more information on the ofuro, see “Bathing” in the Common Customs section at the beginning of this chapter.

If you find housing in the countryside or in a traditional building, then you might have a Japanese-style toilet. This style of toilet is common throughout Asia so it’s best to become familiar with it before hitting the road on your Asian travels. Basically, it is a basin set in the ground with a foot pad on either side that you squat over. Although it takes getting used to, the position is supposedly more natural and definitely more hygienic. Also, remember to bring along toilet paper while you’re traveling – it’s not always provided.

You’ll probably be surprised to find that there are no ovens in Japanese-style apartments. This is because the Japanese do not bake. You’ll have a stove-top gas burner, a rice cooker, and possibly a microwave or toaster oven, but nothing to help you bake, roast, or broil.

You’ll probably want to use a mobile phone vs. a land line.