People who work in the casino industry are a lot like those playing the games. Both players and employees come from a variety of cultural and educational backgrounds. 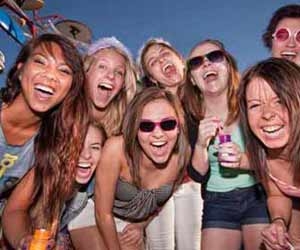 If you find yourself working in Las Vegas, Reno, or Atlantic City, chances are you’ll see an international clientele with a staff from nearly every state in the Union. In the smaller gaming centers, such as those in Biloxi, Mississippi, or Laughlin, Nevada, most of the patrons will be from the surrounding area. Yet, employees may have relocated from several nearby states.

According to recent statistics published in U.S. News and World Report, casino players have a median income of $41,000 and a median age of 47. They wager an estimated $25 – $100 per casino visit. Forty-five percent of casino players are men, 55 percent are women. Gamblers coming to the casinos during the next decade, however, may be different. Gaming industry leaders have discovered a new trend. They believe casino patrons of the future will have a higher level of college education, and be younger and more carefree. However, one thing will remain the same. All will be looking for that rush of instant gratification found by playing games of chance.

Statistics for those employed within the gaming industry cut a much wider profile. An equal number of men and women now work in the industry, even in Las Vegas, where it wasn’t until 1972 that the first women dealers were hired. However, there are still fewer women managers than men in the business overall. Other statistics are harder to measure, but certain demographic groups seem to be more attracted to the bright lights and fast action.

Casino Jobs for Students (NEXT PAGE)