Pai gow is an intriguing gambling game that has been popular for years in Asia and recently has gained a following at casinos here in the United States. The game is played with thirty-two tiles with the traditional domino-like engraved dots. (Some casinos even refer to pai gow tiles as “dominos” because they are so similar.) 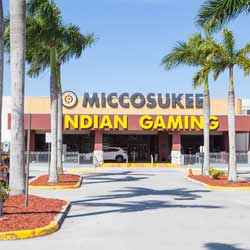 Setting up the game requires the dealer to shuffle the tiles, stacking them into eight stacks of four, and then rolling three dice.

The total number rolled determines which player will receive the first stack of tiles, after which all the remaining stacks are handed out to players, vacant player positions on the table, and to the dealer

Next, the players and the dealer individually produce two hands made up of four tiles each, a so-called high hand and a low high hand. The object of the game is to create two hands that are both higher than the bank’s hand. In pai gow all the players take turns being the bank. That means the player who is acting as the bank will bankroll against all other players at the table, paying out winnings to other players if he loses. On the flip side, the player acting as the bank for that round will take winnings from everyone else if he has the high hand and also wins over other players in the case of a tie (tiles that have the same value and rankings). This game is similar to baccarat in that it gives the player some of the best house odds. In pai gow the player/house odds are nearly even. That being the case, the house charges players a 5 percent commission on all winning bets.

Pai gow hands are formed by matching up the tiles in certain ways that incorporate pairs or other special sets of numbers.

Learning to understand all the mathematical ways one can match the tiles up to create high hands is the most difficult part of this game. They can be arranged hundreds of ways, with many having a particular name, some of which are quite interesting. For example, a tile with a dot on both ends is called “dey,” meaning earth; one with five dots on one end and only one at the other is called “luk,” meaning big head. On request pai gow dealers will explain the rankings and assist you in arranging hands; however, they are not responsible for player gambling loses. To win in pai gow both of the player’s hands must be higher than the banker’s. If one hand is higher and the other one is lower, it is a draw. If both of the player’s hands are lower than the bank’s, the player loses.