Nancy Steele held the position of floor change attendant at the Sky Ute Lodge and Casino in Ignacio, Colorado. Her daughter was living in Telluride, Colorado, at the time, and Nancy came out there to be close to her. As Nancy explains it, she was looking for work in town when someone told her that a new casino was opening nearby. Even though she had no previous casino employment experience, Nancy drove out to the reservation and applied. She was hired on the spot. For the next fourteen months Nancy worked as the floor change attendant, gaining valuable experience while earning a living.

The job of floor change attendant requires you to accurately maintain large sums of money. 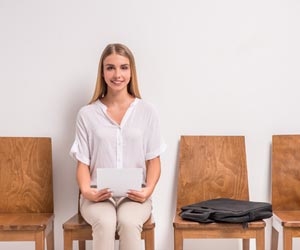 It was super high-pressure, but fun. You need to get along well with a variety of people in a busy, stress-filled environment. You also have to be a very careful person working in a position where you are handling $50,000 to $60,000 an hour. There were times when our hands would get so dirty – I mean literally black – from handling all that money; as a result, we were always washing our hands.

At this casino, which I think is true for all casinos, everyone had to submit to a background check with some people, mostly managers, getting more extensive ones. It took me three days to fill out all the forms for my background check, and I was in a pretty low-level job. They wanted to know every place I had lived in the last ten years, every person I had ever worked for, basically everything. In the ’60s I was arrested during a peace march, and I actually had to call a lawyer in the state where I was arrested and have him write a letter about the case. I mean it was a misdemeanor that happened twenty-five years ago, but I still had to account for it and prove that it was minor stuff.

Another weird thing that people working in a casino need to get used to is the security systems that are in place. Your every move will be watched and recorded. There are TV cameras on you always. And when money is missing, that’s when they will shut down a casino. They will lock everything down and search and search until the money is found. If something goes wrong – if they suspect you of doing something wrong – they’ll be all over you. It’s pretty scary when security comes walking up to you carrying a gun and they take you out of the casino to question you. I once gave change back to the wrong person without knowing it. A half-an-hour later, security came and got me and pulled me out of the casino. They reviewed the tapes and found that I mistakenly gave the money to the wrong person, but even so, the experience was very scary because I didn’t know I had done anything wrong.

Occasionally, it was tough working there. I once worked seventeen hours straight with only three bathroom breaks because we were so busy. Being a non-Native American also produced some problems. There was some discrimination against us, but I guess that is to be expected. Basically the way these Indian gaming casinos work is that large, established casino companies will come in with their know-how and run the casino for a couple of years or so, after which the operations are completely turned over to the people of that tribe. While the corporate people are there, they are to be training tribal members in all matters of operations. The tribal members were to learn from the outside sources that were brought in. But I think there was some resentment to this fact.

Often problems arise from the fact that the land on which these casinos are built is considered a sovereign nation. There’s not a lot of protection for non-Native Americans. If a crime is committed, the first people to respond would be the tribal police, then the county sheriff or whoever is called in if the crime involves a non-Native American.

But most of the time I had a good time. There were positives. Where else can you live in such a drop-dead, beautiful environment? The surrounding area was absolutely stunning. It’s also a good way to make big bucks. A lot of nights I’d go home with $400 to $500 in my pocket from tips. Gamblers are very superstitious. If they think you bring them luck, they’ll tip well. That’s what’s maybe better about working in a smaller, neighborhood casino: you see a lot of repeat customers. Once they get to know you, they seem more inclined to tip. People were always saying, "Thanks for the luck," and giving me money after a big win. And the benefits, at least where I was, were just wonderful. I got all my medical, dental, and vision coverage paid completely by the casino. It was the best plan I’ve ever been on.

I think working at an Indian casino is a great way to break into this business. All my friends who worked there have now moved on to other jobs at larger casinos. I know this one couple who were both dealers. They moved to Vegas and worked like dogs for a couple of years, but now they are set. They made enough money in that period of time to retire. Yeah, there’s great money working in a casino, and I’m glad I had the experience.