History of Gambling in Nevada

Nevada wasn’t always the gaming mecca it is today. Gambling, in fact, was illegal from 1910 to 1931. But gripped by economic hardships brought on by the Depression, state lawmakers legalized gambling in an attempt to generate much-needed revenue. 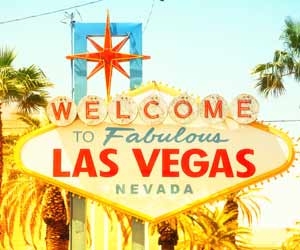 This act ushered in the modern era of casino gambling. The first city to reach prominence as a gaming center was Reno. From 1935 – 1947 Reno stood in the limelight with lavish casinos catering to a wide range of patrons. Realizing the tremendous business opportunity, Bill Harrah opened his first bingo club there. But it didn’t take the world long to discover another Nevada hot spot, a dusty, desert whistle-stop community known as Las Vegas. Thanks in part to the nearby Boulder Dam project (later renamed Hoover Dam) that brought thousands of workers into town and the pioneering spirit of community leaders to promote the vicinity as a “Wild West” destination and unique boomtown, Las Vegas prospered.

After World War II Las Vegas’ popularity reached new heights; soon everyone spoke of the city’s trademark neon lights and the go-go, high-rolling, no-holds-barred attitude. Organized crime also came to town, setting up shop within the framework of legalized gambling, but nevertheless profiting from illegal activities such as money laundering and skimming, loan sharking, and extortion. Meanwhile, the rest of the country remained firmly anti-gambling. It might be okay to spin the roulette wheel or play blackjack in the desert, but that kind of behavior wasn’t acceptable in America’s heartland.

During the 1950s and 1960s, Las Vegas continued to grow, with glittery casinos springing up on every corner. Downtown Las Vegas gave way to a new casino core, the Strip. It was here some of the most famous resorts and clubs came into existence: the Stardust, Tropicana, Caesars Place, Dunes, Riviera, and Sahara. Entertainers were brought in to add star power and additional excitement and glamour. But underworld activities continued to cloud any truly legitimate, respectable reputation the city might have had at that time. Increasingly, casino owners were linked with racketeers and the criminal element. Yet, despite these negative implications casinos in Las Vegas thrived, as tourists and conventioneers from all over the world poured into the city with dreams of instant wealth.

During the 1970s Las Vegas and the rest of Nevada profited from a healthy economy, stemming directly from the gaming industry.