More than one million jobs in the last two years were held by people employed as “gaming surveillance officers.” These officers are security guards but only as such security relates specifically to the gaming industry. Specific tasks are different than security officers involved in other industries. Surveillance agents as they are sometimes called as well, interface with casino patrons and management. Filling casino security jobs with competent personnel is a high priority for employers. 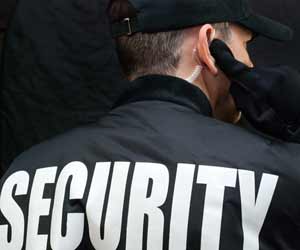 With the utilization of audio and video equipment in an observation room, they are on the lookout for irregular activities, such as cheating or theft. Casino security personnel maintain and organize recordings from security cameras, which are sometimes used as evidence in police investigations. Sometimes surveillance agents walk the casino floor. This usually happens when a casino utilizes a catwalk over one-way mirrors, which are located above the casino floor and serve to augment existing equipment.

While some training beyond high school is usually needed, this does not involve a bachelor’s degree. Certification programs are available and classroom training is usually conducted in a casino-like ambiance with the use of surveillance camera equipment. Employers obviously prefer individuals who have experience and significant knowledge of casino operations or those coming from a background of law enforcement and/or investigation.

Most guards and surveillance officers can expect to spend considerable time on their feet, either within a certain post range or patrolling buildings and grounds.

They may be stationed at a desk inside a building to monitor electronic security and surveillance devices or to check the credentials of anyone entering or leaving the premises. A station could also be a guard-house outside the entrance to a gated facility. Guards are often are required to keep in constant contact with a central security station, either via a portable radio or a cell phone. Although the work is routine and often boring, it is also very important, and guards must be constantly alert for threats to property and themselves.

Tip – If this line of work is appealing then you should check out law enforcement careers and security jobs/ on JobMonkey.

Daytime guards usually interface often with the public, while gaming surveillance officers are generally “behind the scenes” controlling numerous cameras in a casino simultaneously and often developing eye strain.