Why You Need To Allow People To Fail

What’s the biggest mistake you’ve ever made in the professional world? Did you allow a project to fall part? CC the wrong person on an email? Miss a deadline? Mistakes happen all of the time. No matter what type of mistake you made, you’re going to have to take ownership, learn from your failure, and move on. 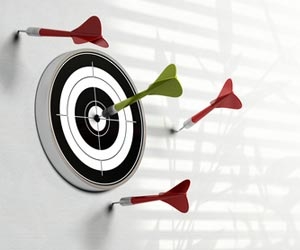 Failure typically has a negative connotation. But what many people don’t realize is that failing leads to success. IBM’s Thomas Watson Jr. once said, “If you want to increase your success rate, double your failure rate.” These are wise words that every business needs to live by.

What To Do When An Employee Makes A Mistake

Everyone makes mistakes in life – including your employees. The next time you’re dealing with a big problem don’t lose your cool and get frustrated. Instead, take a deep breath and remember that failing can be a good thing.

When you allow people to fail, and they can learn from their failures, it will ultimately create a stronger, more focused team. Failing will encourage your team to:

Allowing your people to fail does not mean you should set them up for failure. As a manager, it’s your job to give your team the tools they need to do their job to the best of their abilities. But as a leader who oversees people and projects, it’s important to be realistic at all times. Mistakes happen. When things fall part, you need to take charge and turn the mistakes and failures of your team into a positive learning experience.

How To Develop Great Leaders In Your Office