Should You Hire Humans Or Robots?

The world is changing quickly. According to Wired.com, “before the end of this century, 70 percent of today’s occupations will likewise be replaced by automation.” That’s an important fact for both job seekers and businesses to keep in mind. Robots are coming. Are you ready? 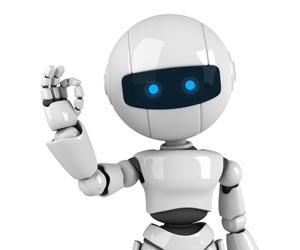 Businesses of all shapes and sizes are starting to wonder if they should hire humans or robots? It’s a big question that needs to be addressed sooner than later. Robots are going to make an impact in almost every niche imaginable – hotels, hospitals, finance, retail, trucking, warehouses, airports, even military. It’s highly likely that robots could be useful in your business too.

Is Your Career At Risk Of Being Taken Over By Robots?

The rise of the robots and the advancement of artificial intelligence is creating a multi-billion dollar niche and there are arguments both for and against adding robots to your workforce. If you haven’t given this debate much though, now is the time to do so.

If you’re debating whether you should hire humans or robots, it’s important to consider the pros and cons:

There’s no right or wrong answer  to this debate. Perhaps the best strategy is for your business to blur the lines and find a happy mix of both humans and robots in your workplace. As we all know, some jobs are at a higher risk of being automated, while in other jobs it is challenging to eliminate the human aspect. Anything in the realms of creativity, guest service, relationships, or sales will likely always require a human’s touch and personality.

We are far from robot experts, but we are certainly intrigued by how robots will eventually affect the future of the working world. Carefully consider whether you should hire humans or robots. What you decide could have a major impact on the future success of your company.